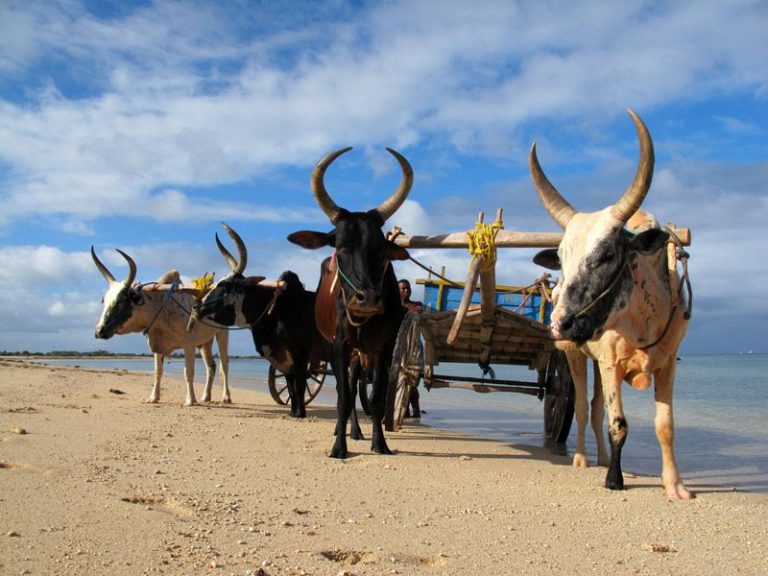 History of transport in Madagascar

Until the beginning of the 20th century, porterage is almost the only means of transport in Madagascar, for both goods and people : Carrying by pendulums for goods and by filanjana (sedan chair) during the colonial period for people. Thus, for all people disembarking in Tamatave on these dates, the recruitment of porters was the first concern if they wanted to reach Antananarivo. It was necessary, at that time, count about two weeks of walking through the deep bush of a still green Madagascar. Three teams of four porters were needed for one person on a filanjana, to which are added all the luggage carriers, so, a traveler therefore had to recruit between twenty and thirty porters to accompany him on his journey to the heights of the central highlands.

The horse was introduced to the island through a diplomatic gift to the King and was made available exclusively to the King Radama and his first cavalry who were able to travel to Tamatave in 1827.

Portage will disappear fairly quickly on the main roads, with the abolition of slavery in September 1896 as for the island, and especially because of the construction of roads which put the rickshaw at the front of the transport scene followed by the first automobile introduced before 1902 by General Gallieni. In 1909, Governor Augagneur inaugurates the first section of the TCE line (Antananarivo East Coast) which will link Antananarivo to the east coast. The first airplanes made their appearances in the skies of Madagascar in 1911 and follow-up 1913 the commissioning of the last section of the TCE line.

From the end of 19 th until the beginning of 20th, there has been progress in transport on the island but this progress is confined to the main axes but as soon as you cross the borders of the Madagascan bush, the landscape of transportation has changed little apart from the zebu cart which have gained in strength due to the poor condition of the tracks.

This gives an authentic cachet to the image of the island but to the great detriment of the development and the working conditions of these rickshaw carriers and pullers have not changed much, still so hard.