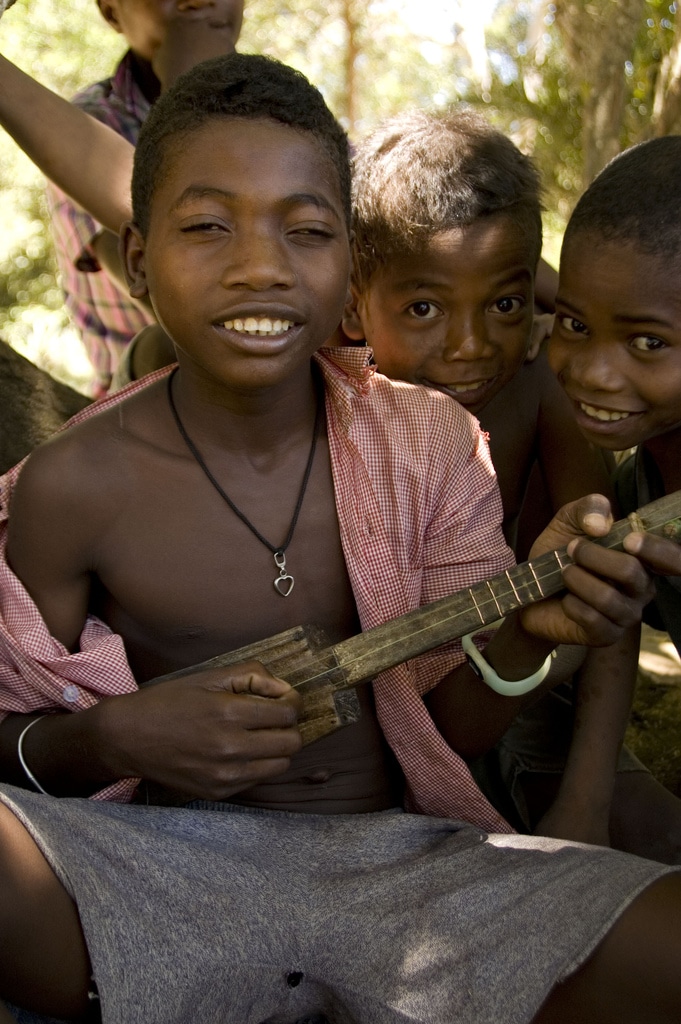 The musical colors of Madagascar

The very diverse and distinctive music of Madagascar has been shaped by the musical traditions of Southeast Asia, of Africa, from Arabia, from England, from France and the United States, as successive waves of settlers made the island their home. Traditional instruments reflect these extended origins : the mandolin and the kabosy owe their existence to the introduction of the guitar by the first Arab or European sailors, the ubiquitous djembe originates from the African continent and the valiha – the bamboo tube zither considered as the national instrument of Madagascar – evolved directly from an earlier form of zither worn by early Austronesian settlers on their outrigger canoes.

Malagasy music can be divided into three categories : traditional music, contemporary and popular. Traditional musical styles vary by region and reflect local ethnographic history. for example, in the highlands, Valiha and more moderate vocal styles are emblematic of the Merina, the predominantly Austronesian ethnic group that has inhabited the region since at least the 15th century, while among south Bara , whose ancestors date back to the African continent, their a cappella vocal traditions closely resemble the polyharmonic singing style common to South Africa. Foreign instruments such as acoustic guitar and piano have been adapted locally to create uniquely Malagasy forms of music.. Contemporary Malagasy musical styles such as “salegy” where the “tsapiky” evolved from traditional styles modernized by the incorporation of the electric guitar, bass, drums and synthesizer. Many western styles of popular music, including rock, le gospel, Jazz, reggae, hip-hop and folk rock, also gained popularity in Madagascar during the second half of the 20th century.

Music in Madagascar has served various sacred and secular functions. In addition to his performances for entertainment or personal creative expression, music played a key role in spiritual ceremonies, cultural events and historical and contemporary political functions. At the end of the 19th century, certain instruments and types of music have been associated primarily with specific castes or ethnic groups, although these divisions have always been fluid and constantly evolving.
(wikipedia)