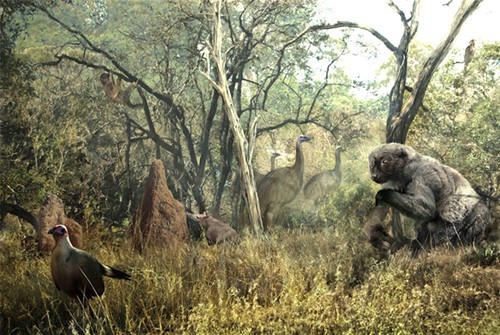 Myths and beliefs around the lemur

Myths and associated practices testify to the rich relationships that human populations have had with lemurs., endemic animals of the island, since the arrival of men in Madagascar. Representations of lemurs differ in every part of the territory : Founding ancestors, benefactors, forbidden (on the hunt, to consumption, touch), Holy, tamed, dreaded or bad luck, lemurs occupy many statuses at the heart of the Malagasy bestiary. Some traditions weaken their existence, others, on the contrary, participate in their preservation.

Come according to all assumptions from the Indonesian and African coasts, the first human settlements gradually adapted their beliefs and customs to their new environment, giving birth to mythical tales, specific rites and representations that highlight the multiple links that humans have developed with their natural environment.

The Malagasy give lemurs multiple statuses accompanied by names, prohibitions, of attributions and practices that are sometimes antagonistic from one point to another of the territory.

Some lemurs, related to the human species through "tantara" (tales and stories), are revered and fady (forbidden), others attached to the royal family are sacred (masina) and have the power to answer. More besides, on the contrary, bring great misfortunes as is the case with Aye-aye in most of the eastern region.

Anyway, this cultural relationship between lemurs and humans maintains in a very limited space the future of these wild beings threatened everywhere in its habitat but also in the human spirits.